The Secret Service claims that it did not keep a log of visitors to President Biden’s Delaware homes, which is indeed strange given that he has had Covid.  How would the White House trace any visitor who contracted Covid after visiting Biden?  Vaccinated individuals have been known to shed the virus to close contacts.  Inquiring minds want to know.

But there could be a more sinister reason that the SS has not kept visitor logs according to the New York Post editorial.  A few days ago, Tony Bobulinski, did an extensive interview with Tucker Carlson and laid out the case why Hunter Biden is a crook and the Biden family is criminal enterprise.  Did Biden meet with lawyers to prepare a defense of Hunter if he is indicted, or has the president been consulting with his legal team if he is impeached next year when Republicans take control of the House of Representatives as expected?

Only time will tell.

Everyone who has watched Joe Biden’s presidential campaign (?) in 2020 and has seen him speak in the White House and on the world stage knows he is cognitively impaired.  However, there are times he sounds lucid and coherent.  Could that be because he is receiving secret therapies at his homes in Delaware?  (Also see the articles about alternative dementia treatments.) This is the most logical explanation why the president spends so much time in Delaware and why the SS has no records of who has been visiting him.

However, could there be an out of the box reason the SS has no records of who has been visiting the president?

According to one of my sources, who has his tongue firmly planted in his cheek, could Trump under the cover of midnight flights to Delaware been meeting with Biden to donate brain stem cells to help the president function? Maybe there is a new technique to help individuals slow their cognitive decline, and Trump is a good candidate to provide the stem cells.

After all, there have been back-channel discussion between governments for decades, such as the talks that took place 60 years ago between JFK’s emissaries and Khrushchev to diffuse the Cuban missile crisis.  Thus, secret meetings at the highest levels of government have not been unusual.  And remember it was President Nixon who visited communist China in 1972, when he was running for reelection to establish diplomatic relations with the Middle Kingdom after National Security advisor Henry Kissinger had secret talks with Chinese officials.

What if both political antagonists are concerned about the heated rhetoric coming from both sides of the aisle?  What if Trump and Biden have been meeting in the name of national unity to dial back the animosity that is evident throughout the cable and podcast universe?

What if a deal has been made for Biden to decline to run for reelection, Trump to enter the 2024 presidential race and the president to make perfunctory critical remarks about the Donald all the while thankful they have come together in secret for the good of the country?

My contact has a great sense of humor, and his supposition should be takes with a huge grain of salt.  Nevertheless, the fact that there are no visitors’ logs for Biden’s Delaware residents raises speculation about the president’s activities away from the White House. 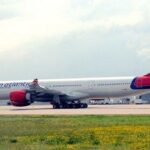