Beginning next week, I will post on Tuesday and Friday until further notice.  However, I may send out a special post on occasion.

The Bureau of Labor Statistics released its August inflation data last Tuesday. The good news in the report is that prices rose only 0.1% in August. However, the price of gasoline declined 10.6% in August, which accounts for the modest overall increase in the previous month’s inflation rate.  Thus, if food and energy prices are excluded from the August report, the inflation rate was 0.6%.  In addition, the bad news for the American people is the CPI rose 8.3% from a year ago.

So where are we in the inflation cycle?  Has the rate of inflation peaked, which would provide relief for the American people who have seen their standard of living decline precipitously in the past two years because of accelerating price inflation?

The charts below provide some clues as to where inflation is headed.   The last major inflation cycle began in the mid-1960s when LBJ launched the Great Society spending spree as well as the massive expenditures for the Vietnam War.  To help fund the welfare-warfare state the Federal Reserve pumped money in the economy at a rapid rate. That cycle eventually ended in the early 1980s when Federal Reserve chairman Paul Volcker crushed price inflation with “tight money.” In other words, the last long term inflation cycle occurred over 15 years.  There were years of accelerating inflation followed by years of decelerating price inflation.

Thus, is the economy going to see several inflation cycles over the next 10-15 years just like we experienced from 1965-1981?  Or will the Fed tame inflation and bring the economy to a “soft landing?

For 40 years price inflation never reached double digit rates even though the Fed was pumping money into the economy to keep interest rates artificially low.  The Fed thus was responsible for the dot com and housing bubbles, and the current “everything bubble.”  The Federal Reserve has been hiking interest rates from virtually zero to nearly 2.5%, still well below the rate of inflation, and another hike is anticipated next week when the Fed announces its decision to hike the Fed funds rate to slow down the economy and dampen the inflation fires.

In other words, the Federal Reserve is responsible for the boom-bust cycle because it manipulates interest rates to “stimulate” the economy.

According to financial analyst Tom McClellan, price inflation is peaking and thus consumers should see relief at the supermarket and in other sectors of the economy. McClellan’s assertion is based on his observation of a 5.31-year inflation cycle.  You can read his analysis and make up your own mind if his forecast in spot on.

David Stockman, former Reagan budget director and Wall Street executive, makes the case for inflation to remain high.  He bases his forecast on the trimmed inflation rate, which removes extreme moves in some prices and focuses on core price inflation. According to Stockman this inflation gauge will not decelerate soon, and consumers therefore would not find much price relief.

Inflation is like a speeding car on the highway.  Even if you take your foot off the gas, there is plenty momentum that keeps the car going for a while.  The economy’s “gas” is the increase in the money supply, which skyrocketed during 2020.  The Fed has taken its foot off the gas.  The M2 money supply has decelerated markedly in the past few months.  Price inflation should thus decelerate over the next couple of years, but remain at relatively high levels.

Given the Fed’s manipulation of the interest rates and creating new money, there is a high probability we are now in the early innings of a inflation cycle similar the one that we had from the Johnson administration to the early years of the Reagan presidency.  More in future posts. 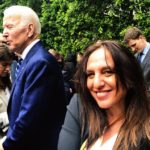 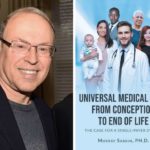