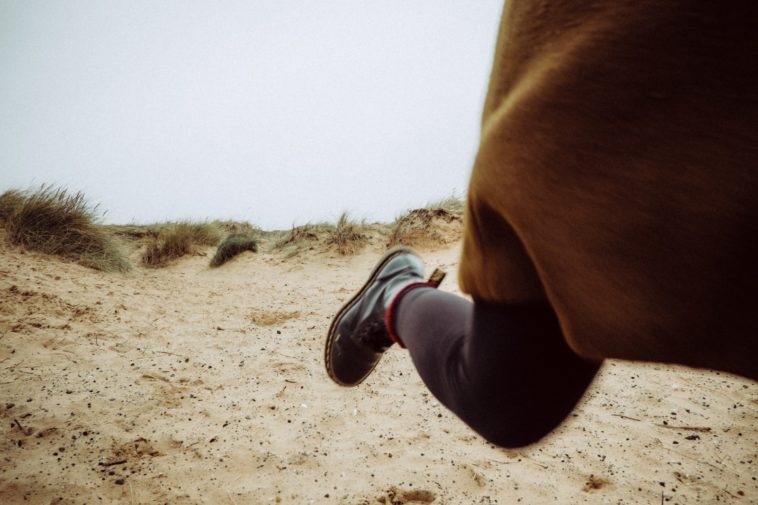 I often see in movies and television shows people running away from a threat. Sometimes it is the innocent party escaping an evildoer, or sometimes it is a nogoodnik legging it from the cops.

So, let’s turn off a busy street to run down a darkened alleyway with no one else in sight. Occasionally tipping a trash can on the way will slow the pursuer down by at least a fraction of a second. Look back often, so that you will not see the obstacle that causes you to trip and fall.

Let’s run into an abandoned building, of which in the show world are hundreds all conveniently located along the route of escape. After all, buildings have endless space. To be even more clever, let’s run upstairs, because there are limitless levels, and we’ll never end up on the roof standing frightened beside the edge, looking down countless stories to the ground.

We’re being chased by a car, so let’s run right down the middle of the road, counting on our top foot speed to outpace the vehicle. Don’t dare run off to the side of the road, perhaps somewhere the vehicle can’t travel.

If you are the cops, stop your vehicle at least ten car lengths away from the suspect, or if on foot, approach from a distance of at least a half block with your badges showing. Never split up and approach from two directions, and always be totally surprised when some ne’er-do-well trots off, usually down an isolated alleyway.

Have any of you ever run all out for a 100-meter dash? Have you tried 120 meters, or 150 meters? At some point in that range even the best trained athlete’s leg muscles bog down with lactic acid, slowing if not stopping the dash to a crawl. Have you noticed in fiction world that these chases can go on for blocks, across all sorts of terrain, for several minutes. A street thug outrunning a middle-aged cop for minutes on end would be the ugliest sporting competition you could watch, but not in the movies.

We’re not even going to get into car chases, which have devolved from the best – Bullit, and The French Connection – to high-speed events that anyone who has ever driven in a metropolitan area know can’t happen because there are too many cars on the road.

Did you spot the detectives drawing their sidearms at the beginning of the chase? Even with the slightest inkling that the runaway might be armed, the risk of being shot by someone running ahead of you is less than one percent. And for whatever reason the person is being chased, is it a capital offense that would bring the death sentence? Is it worth the risk of shooting yourself in the leg or foot?

Let’s go back to that abandoned building. If the officer hadn’t already drawn a weapon, now is the time while standing at the door. After all, this is probably going to be a dark place offering poor visibility and your once-every-six-months firearm qualification might come in handy. Go ahead, go in by yourself after a suspect that you believe is armed, and present your handsome figure in a totally unsecured environment. And if you don’t spot the baddie on the ground level, go upstairs. The chance that the basement contains a set of forgotten underground tunnels is the same as the chance of Grandpa Joe getting through the day without shitting his pants.

It’s even better when two cops get to what the British call a “disused” building. Instead of each cop going to an opposite corner outside the building with a clear view of two sides, they both draw sidearms and blunder inside, increasing the chances of shooting each other by an incalculable percent.

I know that when we are watching shows we are supposed to have a “willing suspension of disbelief.” That means that we accept a few things that aren’t real because the story has set us up for the alternate reality. But if the presentation is based on procedural realities, why would we bend our perception for things clearly out of the procedural realm?

Unfortunately, 90 percent of television and movie viewers believe that a forensics analyst would conduct an interrogation of a suspect, or that pathologists go about town questioning witnesses, or that a pair of detectives would barge into a dangerous location ahead of the S.W.A.T. team staged at the site. Worst of all, people think that a perpetrator can successfully run away from police, or that someone can elude a dangerous predator by going the worst possible way.

When the real world happens, and real events unfold, people stopped for some minor offence try to run away, and then police reactions are intensified, sometimes to bad ends. When someone in danger tries to avoid it by making wrong choices, we read about the discovery of their bodies in out of the way places.

If you are pursued by someone you believe to be dangerous, go to the most crowded place nearby and scream for help. If the cops are after you, stand still and say calm, and the police will be calm as well. It’s better to call a lawyer than take a bullet running away from a misdemeanor.

And never draw your sidearm unless you know you need to use it. Keep your finger off the trigger until you have acquired your target. And never go into a stash house ahead of the S.W.A.T. team. 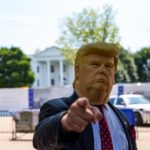