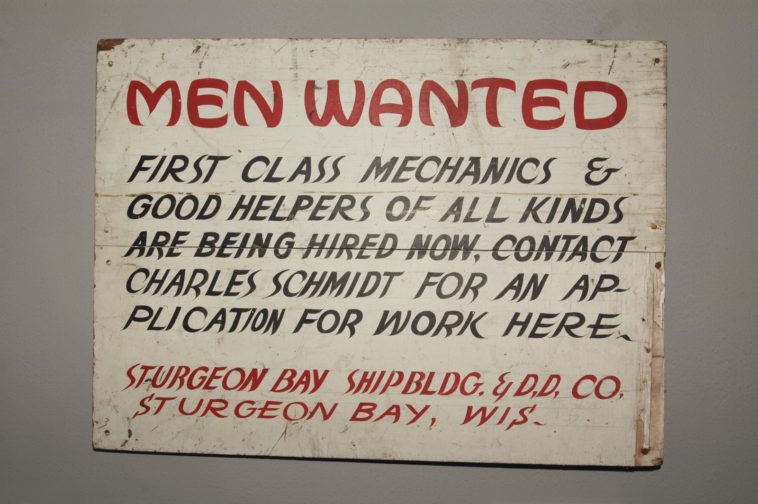 The most prominent feature of the current landscape is the legion of Now Hiring banners, signs, and flags. Businesses and industries that had never before publicly displayed their labor needs now for months have had weathered beacons a-dangle.

The Great Coronavirus Shutdown put hundreds of people on the unemployment rolls, with an added layoff government hand-out and tax deferments that made it more lucrative to stay at home. With the recovery phase in full swing, the massive need for workers has seen increased hourly rates and hiring bonuses meaning those who want to work can pick and choose, ignoring their original employers.

Some of these signs even insult me with the sign-on hourly wage. In 2008, the company I worked for had recently been taken over by a giant in that field. Layoffs and cutbacks followed as we were blended into the mothership. I was one of those out the door. The next place I worked closed down in a year, and that was the pit of the recession. After that, companies were losing contracts or needed only temporary help.

As I aged, I became less desirable. Companies don’t want managers and supervisors who aren’t going to be around for a while. The younger guys, often straight off the work floor, are cheaper and easier to mold, despite having no management background or training. Some outfits don’t want people with outside experience and ideas: They are so stuck in their ways that a new idea might shatter the glue.

Now I see signs offering laborers more per hour than I made as a manager. I now see lots of codgers in workplaces, because we are a generation that actually know how to work, and because there is a great need to supplement retirement income. At the other end of the work spectrum are the people who no one wanted to hire before the Pandemonium. The unhirable have become desirable.

The older segment of the population is nearing a perilous brink. Many recent or soon-to-be retired workers depend largely on Social Security benefits to get by, and on Medicare to underwrite the kinds of healthcare attention that comes with getting old. These funds are paid for by hard work, in the form of payroll deductions by workers and companies. The funds are kept in separate accounts, to be used only for this purpose. Congress does borrow from it, but is required by law to pay it back, and so far has always done so.

The problem is that the retiring generation makes up about one-fourth of the population and will grow during the next ten years. The number of people still working is a far smaller percentage, so their payroll payout to the program will not cover all the benefits due to the older generation. That will deplete the current surplus, meaning that in the mid 2030s the pay-as-you-go program will see a deficit.

And then there is the problem that Jim Peters, editor-in-chief of CONK!, brought up during a recent CONK! Weekend podcast. Automation is going to replace workers in a big way, and do it soon. That means not only an end to payroll deductions that support Social Security and Medicare. It means an end to any kind of payroll for young able-bodied people. There will be a catastrophic reduction in all income and the tax revenue derived from it.

How will we handle this? Don’t look to the government and politicians for answers. This is not the kind of paper tiger problem, like gender identity or educational trends, that these weak posturing ninnies can make big noise about without having to actually do something. This is a very real problem that everyone in the lifetime entitlement program called politics wants to ignore.

From my experience, automation that triggers rampant unemployment will not get here in 20 years, like Jim predicts. Every time that I mentioned to owners and corporate overseers that we should install automated features to gain efficiency and quality while reducing costs, I got the same answer. Behind shocked eyes brains would whirr and then tell me, “That costs a lot.” That statement should be the beginning of the decision process, not the concluding rebuttal.

Only by holding the initial automation price up against the cost of duplicated effort, human inaccuracy, lost time, and the impact of quality on customers can a real decision be made. But the old heads who knee jerked against any expenditure are joining me in the pasture. Their younger replacements — behaviorally modified by having AI attached to their fingers — will jump at the chance to have it all done by machines.

When people can no longer afford groceries or places to live, and the government is no help (and probably in shambles), how will we survive?