This is the second part of an expanded version of my remarks at the LP Mises Caucus podcast on January 1.  Gene Epstein and I discuss the US economy beginning at the 2-hour 17-minute mark.

Note:  If you become an annual subscriber by January 31, you will receive an autographed copy of my memoir.

In Part One I showed how the Federal Reserve’s manipulation of interest rates and its easy money policies cause the business cycle.   Below other benchmarks will provide us clues when a recession will begin in 2023.

If rates stay at these levels, which is doubtful, then the recession should begin no earlier than mid 2023, unless of course companies accelerate laying off employees to reduce expenses in the first half of the year.  Currently, layoffs have been announced at Amazon and Salesforce.  Both companies were on a hiring spree during the upswing in the economy.  In other words, they “overexpanded” and now realize their hire were not sustainable.  Other companies should follow suit throughout the year.

Another indicator that the US economy may be at the threshold of a recession is the number of job openings.  This chart goes back only 20 years but nevertheless reveals that job openings contract before a recession begins.  This number is now contracting.

With price inflation dominating the headlines for most of 2022, the long-term chart indicates that the CPI peaks year over year during a recession.  Thus, the recent peak in inflation suggests a recession is already underway, which conflicts with the unemployment data.  We may be witnessing an anomaly like the early 1950s, when the CPI dropped precipitously but there was no recession until a couple of years later.

The Federal Reserve’s easy money polices spreads through the financial system and the economy primarily when the banking sector expands commercial and industrial loans.  When the percentage change in the amount of loans decelerates and sometimes turns negative a recession begins to unfold.  Currently, banks are still lending at robust pace, after contracting during the Covid lockdowns.

One of the most sensitive business indicators during the business cycle is nonresidential fixed investment.  This chart reveals how business investments in plant, equipment, etc., fluctuate during phases of easy and tight money.  When higher interest rates cause business decision makers to hold off making large purchases and/or delay capital investments, this sector will begin to contract before a recession begins. Currently, businesses are still adding capital, but as the chart indicates, capital investment often declines precipitously.  This is worth monitoring closely in the months ahead.

On the consumer side, housing sales decline substantially contributing to the economy’s slide.

Existing home sales are declining rapidly, which is warning that a recession is not that far off.

Finally, auto sales are softening, suggesting consumers are backing off purchasing a new automobile with high sticker prices and much higher carrying costs as interest rates have risen from a year earlier.

The bottom line is straightforward: several indicators are signaling that a recession is on the horizon. Businesses need to monitor their inventory levels closely to avoid having excess goods when a recession unfolds and build up their cash reserves to pick up bargains in fire sales of their competitors.  Entrepreneurs must decide if they can hang on to as many workers as possible during the recession so when the next up cycle is underway, they will not have to scramble to find competent employees.  Workers need to be cognizant of their employers’ financial situation and save more cash if In fact they get a pink slip during the recession. 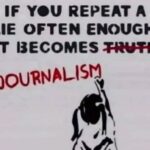