Last week my autobiography reached #1 in two categories in the Kindle edition after I was interviewed by Tom Woods and was a guest on several radio and cable TV shows. This coming week I have at least six interview to discuss my political journey from liberal to libertarian that occurred from the 1960s to the early 1970s. I hope Amazon’s free offer keeps my autobiography at #1 all week. This means tens of thousands, if not hundreds of thousands, individuals would have downloaded the book and learn about libertarianism and free market economics as well as the need for a pro peace foreign policy.

On the Acknowledgements page I write:

I am indebted to Frederic Bastiat, Walter Block, Tom DiLorenzo, Richard Ebeling, Milton Friedman, F.A. Hayek, Henry Hazlitt, Hans Hermann Hoppe, Jacob Hornberger, Andrew Napolitano, Ayn Rand, Leonard Read, Lew Rockwell, Joe Salerno, Mark Thornton, Ludwig von Mises, Tom Woods, and countless others for their contributions to economics, history, philosophy, and the law. Their writings were invaluable in my intellectual development. And it goes without saying, Murray Rothbard’s prolific writings in so many disciplines, who was a member of my dissertation committee, had the most influence on my intellectual journey.

My autobiography is also a story of perseverance, resilience, positive mental attitude and luck.

And a long time friend wrote this for the back cover.

From the ashes of post-World War II West Germany to the heights of intellectual respectability to the driveway of the New Jersey Governor’s mansion, Professor Murray Sabrin has written a rollicking tour of his life’s path that takes us down memory lane from the JFK era to the present. Murray is a gifted and fearless interpreter of economic forces and a keen observer of the harms politicians have caused to the free market. Read this fascinating autobiography of this indefatigable man and you will find yourself cheering for Murray at every turn while lamenting the growth of Leviathan. In Webster’s Unabridged, next to the word “courage” should be a photo of Murray Sabrin.

My Amazon Author Page highlights the books I have written in the past few years. 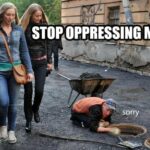