The short answer is that there definitely will be a red wave. How large will the red wave be? My best estimate less than two weeks before the election is that Republicans should pick up at least 36 seats in the House and possibly as many as 54.  (On October 31 2016 I predicted a Trump victory on Lee Elci’s Connecticut radio show for what that is worth.)

In the 1966 midterms Republicans picked up 47 seats.  So that election could serve as benchmark because there are many similarities between 1966 and 2022.

In 1966 the Vietnam War was raging, Great Society spending was accelerating, inflation was heating up, and the economy experienced a “mini recession.”  Sound familiar?

If Democrats get a well deserved thumping in the House and Republicans squeak out a takeover of the Senate, what legislation will they pass to restore the Republic?  Don’t hold your breath.

Yes, Biden would still veto any bills that threaten the welfare state and aid to Ukraine will continue to be a bipartisan horror show.  Why?

Trump’s surprise victory as an outsider in 2016 could have been a turning point.  However, Obamacare was not abolished because warmonger John McCain voted no to overturn another unconstitutional policy.  The Covid lockdowns, the massive federal spending and Fed money printing laid the groundwork for the current 40 year high in price inflation.

The Biden’s disastrous policies should give the GOP a huge majority in the House and control of the Senate and pave the way for a Republican to win the presidency in two years.

In 2023, will we be disappointed again with Republicans who claim to be for limited government but do nothing to end the welfare-warfare state, the epitome of big government they decry on cable TV and other venues?  More on the future of the GOP in upcoming posts. 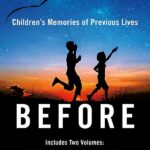