Would any member of a board of directors vote on a multibillion capital expenditure without reading the proposal by the CEO or CFO?

Each line-item expenditure should be voted on separately and members of Congress should have weeks if not months to review $1.65 trillion in taxpayer funded expenses.  But not the way the federal government operates.  Instead of the being the “world’s greatest deliberative body,” the Senate is a joke…and the joke is on us.  This is “democracy” in action.  All the special interests tend to get what they want, and taxpayers are holding the bag.

Over the past several decades the evidence is so overwhelming:  Republicans’ campaign rhetoric about restraining federal government spending is just plain bullshit.  They are no more interested in limiting the size and scope of Leviathan than they are in prorecting our civil liberties.

Decades ago former Alabama governor George Wallace famously quipped that there is not a dime’s difference between the Democrats and Republicans.  He was right on the money.

In August 1971, when President Nixon imposed wage and price controls, a gross violation of free enterprise principles and limited government policies, I concluded at that time there is only party in DC, and that is the Washington Party.

For the past 50 years, both Democrats and Republicans have confirmed my conclusion the way the federal government operates.  The chart below proves conclusively it doesn’t matter who governs, spending increases no matter who the president is or who controls Congress.

The solution.  Radical decentralization, nonprofitization, deregulation, free enterprise, sound money, an end to endless wars and a bloated military budget.  More about how to create a constitutional budget in future posts.

Washington DC should leave Americans free to produce, create, consume, and enjoy our lives in communities across America.  America cannot be government from the top.

I am sick and tired of seeing Senators McConnell and Schumer tell us that they are working in a bipartisan way to keep the federal government open.

We, the people, need a “divorce” from the reckless, callous, and irresponsible spending that is sucking trillions of dollars from the American people to the DC swamp.  Enough is enough.

Murray Sabrin, PhD, is emeritus professor of finance, Ramapo College of New Jersey. Dr. Sabrin is considered a “public intellectual” for writing about the economy in scholarly and popular publications. His new book, The Finance of Health Care: Wellness and Innovative Approaches to Employee Medical Insurance (Business Expert Press, Oct. 24, 2022), provides business decision makers with the information they need to match the optimal health care plan with the culture of their workforce, and his other BEP publication, Navigating the Boom/Bust Cycle: An Entrepreneur’s Survival Guide (October 2021), provides decision makers with tools needed to help manage their businesses during the business cycle.  Sabrin’s autobiography, From Immigrant to Public Intellectual: An American Story, was published in November, 2022. 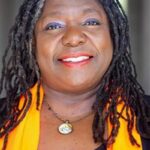