After serving two terms as President Eisenhower’s vice president (1953-1961) Richard Nixon was the 1960 Republican presidential candidate.  Nixon and his Democratic rival John F. Kennedy were both in their early forties, served in World War II and in the Congress after they returned from the war.  From various accounts, they liked each other.  That’s where their similarities ended.

Kennedy came from the upper crust of Massachusetts Irish-Catholic society, the son of Joseph Kennedy, former SEC chairman and ambassador to England under FDR.  JFK’s brother, Joe Jr., was killed during WW II on a bombing mission. Joe Jr. was supposed to enter politics after the war.  Because of his tragic death the baton was passed to JFK, who served in the House and then was elected Senator in 1952. JFK gained national attention at the 1956 Democratic presidential convention when he came is second for the vice president nomination.

Nixon was from a small town in California, grew up a Quaker and did not attend an Ivy League university because his parents could not afford the expenses of sending him there even though the future politician would have received a grant.  The Nixon family was struggling financially.  Nixon thus attended a local college and then went on to earn a law degree at Duke University

The 1960 presidential campaign was the first one I remember.  I was an eighth-grade student and became interested in politics because social studies was one of my favorite subjects.  At the end of the campaign JFK held a rally on the Grand Concourse in the Bronx, opposite the iconic Loew’s Paradise theater.  My friends and I saw many movies there in the 1950s and 1960s.

JFK mentioned he lived in the Bronx at one time and the crowd went wild.  I later learned he lived in the upscale Fieldstone section for a few years.  After his rally, the motorcade was traveling south on the Grand Concourse with JFK sitting on the top of the rear seats.  I was standing on the thin island of the avenue as the motorcade was approaching me and my friends.  I quickly had to make a decision: should I run to the limousine and shake his hand? I had a fraction of a second to decide and rather than take the chance of getting run over by an accompanying motorcycle I stayed put.

I stayed up late on Election Day and watched the results come in but by the time I went to be around 11pm, the race was too close to call.  The next morning, I woke up to hear JFK was on the verge of winning the presidency, the first Catholic president in American history.  However, there were allegations that there were “irregularities” in Chicago, Texas (the home state of LBJ, JFK’s running mate) and possibly other cities giving JFK the thin margin win over Nixon.

Although several Nixon’s advisors called for a recount, he conceded the election and moved on despite evidence of vote tampering.  Two years later Nixon was the California GOP gubernational candidate and lost to incumbent Pat Brown.  A bitter Richard Nixon lashed out at the press the day after his second defeat in two years, “You won’t have Nixon to kick around anymore because, gentlemen, this is my last press conference.”   It was not.  After LBJ’s landslide victory over GOP presidential candidate Barry Goldwater, the Republican party was adrift, leaderless, and looking like it would be in the political wilderness forever.  Instead, the Nixon comeback began.

Nixon campaigned for Republicans in 1966 midterms.  They won 47 seats.  Nixon was credited with resuscitating the GOP, not by focusing on the 1960 election but on LBJ’s disastrous policies at home and abroad. Remember LBJ ran as the “peace” candidate in 1964 only to escalate the Vietnam conflict into a multiyear war.    In 1968, Nixon won the GOP presidential nomination and squeaked out a victory over Vice President Hubert Humphrey.

Nixon wrote the book on political comebacks after losing not one but two elections and all the pundits writing his political obituary in 1962.

Trump’s comeback strategy was the opposite of Nixon’s. Instead of campaigning for candidates focusing on Biden’s disastrous polices he bitched and bitched about the 2020 election.  The results: winnable races were lost and thus the Senate remained under Democratic control while the GOP squeaked out a thin majority in the House.

Trump obviously did not learn from Nixon’s experience, who may have lost the 1960 presidential election because of fraud.  My conclusion is that Trump is neither a deep thinker nor a student of American political history.  If he was, he could have emerged as a statesman, unquestioned leader of the GOP and presumptive 2024 Republican presidential nominee.

Politics is about looking through the windshield not the rear-view mirror.  Big money donors are abandoning Trump and after his announcement that he is running for president, and no bandwagon among Republican insiders has emerged for another Trump presidential run.

If Trump does not win the GOP 2024 presidential nomination, he has no one to blame himself.  If he had followed Nixon’s comeback story, he would be virtually unchallenged for the nomination today. 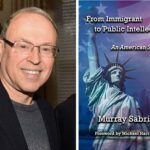