All adults need one important skill by time they reach adulthood.  If you have it, your life has been more successful than other adults who have not mastered it.  I am talking about having a bullshit detector.

In his classic little book, On Bullshit, philosopher Harry G. Frankfurt lays out a theory of bullshit by providing “a rough account what bullshit is and how it differs from what it is not–or (putting it somewhat differently) to articulate, more or less sketchily, the structure of its concept.”

I urge you to read the good professor’s book, which can be read in less than an hour.  I will reread it because there are several assertions he makes I want to spend time reviewing.

In the meantime, this brings me to the gist of this column.  How you can detect bullshit in your life.

We all have heard the adage, “if it is too good to be true, it probably is.”  Anyone making a promise or promises that seem super incredibly attractive, you have heard bullshit.  The proverbial bullshitter in this case is a used car salesman, possibly a real estate salesperson, a stock broker (who are now extinct and are called financial advisors) who tells you must buy this stock today before it “goes to the moon,” an employer who makes promises about working conditions, an upcoming raise or promotion that does not materialize, or a colleague who tells you he/she will do something for you but does not follow through.

There is another group of bullshitters I have encountered that the average person would never meet in his life—political consultants.  They tend to make promises that sound reasonable but do not follow through.  Yet, they are in a class by themselves, because they are supposed to have the best interests of their candidates in mind, but do not “deliver” for their candidates.

These are the bullshitters who are all around us.  They may be called individuals who “embellish” their “pitch” to unsuspecting customers, clients, and the public.  And then there are individuals who embellish their resume or outright lie about their past.

Rep. George Santos is the most well-known congressman who was elected last November; his resume was a boatload of lies.  Columnist Peggy Noonan is so outraged about George Santos she wants him to resign.  Fair enough.  Let voters decide next year when Santos will undoubtedly get a primary challenge.  If he sees the handwriting on the wall, he may decide to not seek reelection.  Problem solved.

But if Santos should go because he is a serial bullshitter/liar, what about Rep. Adam Schiff who was one of the lead actors to promote the Trump/Russian collusion hoax?  The Wall Street Journal editorial calls Schiff, the “disinformation man.”  That’s a polite way of saying he is liar/bullshitter.

And what the “big guy”?  None other than Joe Biden.  His lies and bullshit are legendary.  If Santos should not be a member of Congress, then all the members of Congress who called for Trump’s impeachment based on “disinformation” have no moral claim to be lawmakers.  And neither does Joe Biden have a moral claim to be president.

There is enough bullshit in Washington DC to provide every farmer in America with a lifetime supply of fertilizer.  America’s democracy is a “victim” of widespread lies, prevarications and bullshit.

It is time to clean up the mess the welfare-warfare state has been perpetrating on the American people for more than one hundred years. 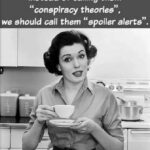