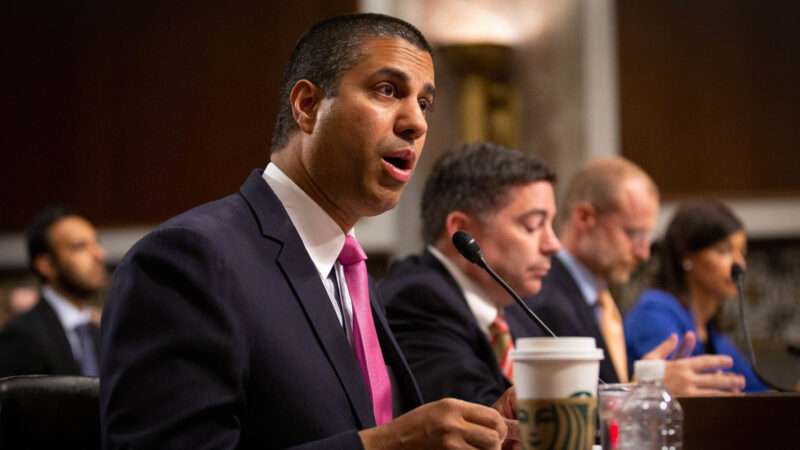 How much does President Donald Trump hate Section 230, the controversial law that gives internet service providers, website operators, and social media platforms broad immunity from legal responsibility for user-generated content? He’s threatened to veto funding for the military unless Congress “completely terminates” the law, which also allows social media sites to moderate or ban speech they don’t like.

Trump is joined in his contempt for Section 230 by President-elect Joe Biden, who earlier this year said the law should be “revoked immediately.” Democrats argue that Section 230 allows hate speech and misinformation to proliferate and throw elections, while Republicans say that it’s used to squelch conservative voices in the public square. What comes next?

Enter Ajit Pail, the chairman of the Federal Communication Commission. In October, after President Trump went on a tear about Twitter and Facebook restricting access to a New York Post story critical of Joe Biden’s son Hunter, Pai said the FCC would be looking to clarify Section 230. Even though he’s announced he’s stepping down on January 20th and that Congress has ultimate responsibility for passing laws governing online speech, what Pai does in his final weeks could have a lasting impact.

Nick Gillespie spoke with him the day before the Reason Foundation, the nonprofit that publishes this podcast, awarded Pai the Sixth Annual Savas Award for Privatization for his market-friendly policies, including facilitating the growth of 5G networks and ending FCC regulation of internet service providers commonly known as Net Neutrality. Pai discusses what sorts of reforms or revisions of Section 230 he supports, what he’s most proud of accomplishing at the FCC, and whether he thinks free speech—especially online—has much of a future.