“Terrorism is a form of social hygiene” -Vladimir Lenin the world’s most infamous terrorist. Mariel boat invasion – Castro opened his prisons and they fled to America leading to drugs and violence in Miami. Recently Trump told me the same thing is now happening on the southern border as prisoners from South & Central America are sent to us. The holocaust analogy is completely false, intended to evoke white guilt. Church charities are making a financial killing on federal assistance to illegals. Diversity is dissolving America. Biden’s “dis” unity started on day one at the inauguration. Blaming whites for everything, championing the MLB boycott of Atlanta (which actually hurt minority businesses). Many more examples. He’s spending $3 million a day to tear down Trump’s border wall. Minority crime wave is one result as the liberal establishment and media continually attack the police. Socialism’s history is being hidden by prominent figures on the left like the Seltzer-Man Bernie and AOC Half-Cortex. Biden thinks he can do communism halfway, but behind him are hard revolutionaries. PLUS Savage on Newsmax discussing voter fraud. 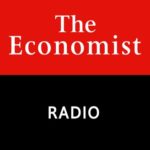