On this hump day edition of Bernie & Sid in the Morning, the boys dive into Mayor Eric Adams’ first few days in office and his backing of Manhattan D.A. Alvin Bragg who had just released a memo detailing how he will not be prosecuting low level offenses. Sid’s made his mind up about the new Mayor calling him a “phony,” but Bernie is willing to give Adams the benefit of the doubt as he settles into his new role. The Mayor’s backing of Bragg definitely did not help his case. In other news of the day, President Biden calls COVID the “pandemic of the unvaccinated” once again, Dr. Marc Siegel says the Omicron variant will be moot by the end of the month, White House Press Secretary Jen Psaki denies that President Biden has lost control of the virus, Rachel Maddow blatantly spews disinformation regarding the vaccine, Amtrak passengers get stranded in a blizzard for nearly 40 hours despite Vice President Kamala Harris tweeting that America is “moving again,” and Jon Stewart accuses J.K. Rowling of being an anti-semite. All of this and more including the Wednesday installments of Lidia Reports and The Peerless Boilers Beat Bernie Contest. 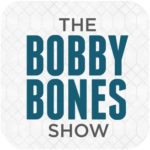 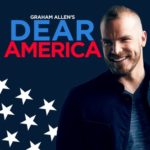