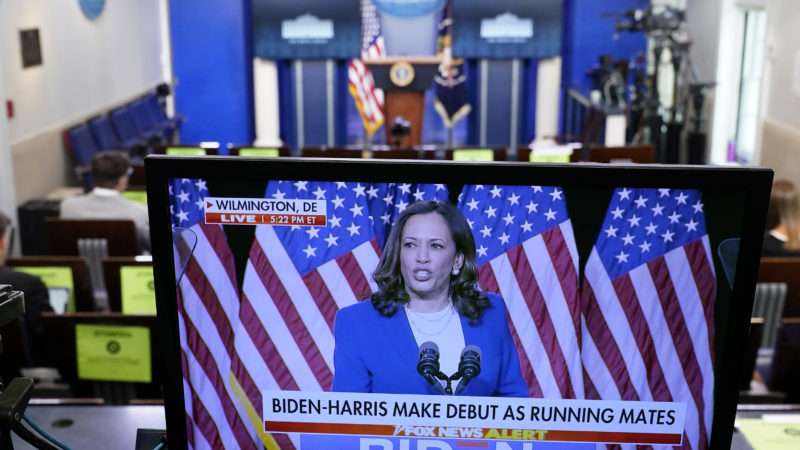 On the latest episode of the Reason Roundtable: conventions and conspiracy theories.

Less than a week after announcing that Sen. Kamala Harris (D–Calif.) would be Joe Biden’s running mate, Democrats are about to hold their first fully virtual political convention—a party-run Zoom conference direct from their living rooms to yours. No one knows exactly what to expect, but it’s definitely going to be weird.

Speaking of weird: Republicans in Georgia just nominated a Q-curious candidate for Congress, and she’s likely to win her race. So just how strange are things going to get in this already deeply weird year?

Nick Gillespie, Katherine Mangu-Ward, Peter Suderman, and special guest Jesse Walker discuss the strangeness of an all-online political convention, what the selection of Harris says about the future of Democratic Party politics, and the many misunderstandings about QAnon and its place in American politics.

“Kamala Harris Is a Cop Who Wants To Be (Vice) President,” by Elizabeth Nolan Brown

“From Antifa to UFOs, One Joke Can Spawn a Thousand Conspiracies.” by Jesse Walker

“QAnon and Its Precursors,” by Jesse Walker

“When an Epidemic Spreads, So Do Rumors,” by Jesse Walker

“Joe Biden’s Career Is One Long Lesson About the Dangers of Bipartisan Consensus Politics,” by Eric Boehm

“America Is Going To Vote by Mail. We’re Not Ready,” by Eric Boehm

“Joe Biden Is No Moderate,” by Peter Suderman

“The Election Could Be Chaotic. Why Is Trump Trying To Make It Worse?” by Eric Boehm 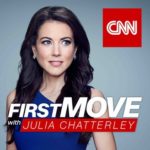 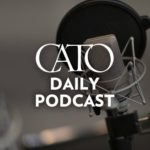