The left has made “Nationalism” a dirty word. Today Savage advances a rationale and a plan for a new Democratic Nationalism that can unite all Americans who believe in Borders, Language & Culture. Today the word “conservative” is a turn-off too, but a Nationalist party would attract disillusioned people from both sides. America is in danger from international socialism a la Bernie Sanders, jihadist terrorism worsened by Biden’s Afghanistan fiasco, and increasingly a cultural descent into anarchy such as rap “concerts” which are Godless paganism, “false gods” as warned of in the Bible. The more nose rings, the more Savage hears their chains rattling. A book discovered in his collection (“Hitler: The Missing Years”) profiles the mad leader’s early days as “frustrated ex-serviceman”. Fortunately, no one like that is on our horizon, but who knows what might happen. Reads from “Government Zero” & “Scorched Earth”, two very prophetic books. Reviews some of the steps that became the play book for Trump and are still critical to our survival. 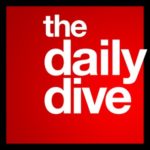 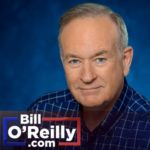