Locals in Kenosha are furious that their Democrat leaders are no where to be found as riots erupt in their city.

One man said he was uninterested and on the fence but now because of the riots he is being pushed to Trump. Another woman claimed she wanted Trump to lose but was angry that the mayor was nowhere to be found.

For too long Democrats have cheered for and supported the rioters and even now they still do even when polling in Wisconsin flips for Trump.

They can’t help themselves and regular people had enough. Some say they won’t vote and others say they will now vote Trump and Republican due to the chaos. 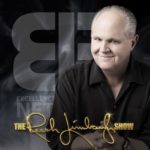