Dennis and Julie delve into thoughts versus actions.  Dennis had a realization in Demark… are people that are taken care of by the government happy or just content?  Julie is doing her utmost to live a completely honest life, but obeying traffic laws/signs when no one is around, and white lies may be inevitable.  Happiness requires effort… no pain no gain.  Fun is what you experience during the moment… happiness is what you experience after the moment.  Julie has discovered that developing an internal infrastructure helps lead to happiness.  The greatest generation didn’t pass on the values and wisdom that they lived by.  The deadening of younger generations began last century with the advent of television and the unleashing of social media on society.  Dennis recalls one on the most memorable calls of his career, which leads him to clarify that God judges your actions, not your thoughts.  Listeners responded to acknowledging your “dark side,” from episode #36.  You control whether your thoughts become your actions.  Dennis clarifies some fundamental differences between Judaism and Christianity.  Judaism brought laws and judgement of actions to humanity, while Christianity brought faith and judgement of thoughts.  Men lust… those who say they don’t are lying to themselves.  Dennis learned at an early age that the will to do bad, leads us to do good.  Do Christians really believe Dennis is going to hell?
Learn more about Lear Capital at http://learjulie.com. 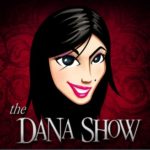