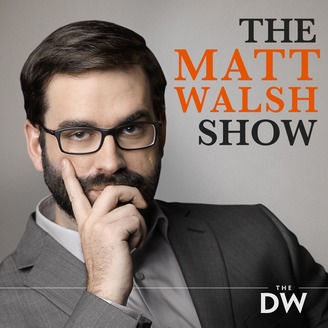 You petitioned, and we heard you. Made for Sweet Babies everywhere: get the official Sweet Baby Gang t-shirt here: https://utm.io/udIX3

Today on the Matt Walsh Show, President Biden attempts one of the most tyrannical power grabs in the history of the presidency, issuing a vaccine mandate that affects 100 million Americans. I’ll have plenty to say about that today. Also, on the same day that the president tried to force 100 million Americans to inject a substance into their body, Kamala Harris went in front of cameras to speak out in defend of bodily autonomy. There seems to be a disconnect. And the Left comes to the defense of a death row inmate, claiming that pro-lifers are hypocrites if they don’t do the same. Is it true that pro-lifers have an obligation to oppose the death penalty? Also, a woman says she’s the victim of fat phobia and racism because she was kicked off a plane for not wearing a shirt.

Subscribe to Morning Wire, Daily Wire’s new morning news podcast, and get the facts first on the news you need to know: https://utm.io/udyIF