Maurice Kanbar is remembered as an inventor, entrepreneur, and philanthropist; for Savage he was a close friend. Raised in Brooklyn, Kanbar relocated to San Francisco in the 1980s. Kanbar was first a listener to the Savage Nation, but soon the two became fast friends. Savage reminisces on his first meeting with Kanbar and his tough but humble attitude. Beloved by many, Maurice was a man of strong opinions, great intelligence and a razor wit. Maurice holds more than 50 patents on products ranging from sophisticated medical devices to reimagined and modernized ancient children’s games. Credited with building the first multiplex theater, he is best known for creating SKYY vodka in 1992. Kanbar was always quick to help a needy friend or relative, mentioning his desire to make life easier for others and recognizing – as he often said – “you can’t take it with you.” Savage remembers an incredible life and remarkable legacy in his ode to Kanbar. 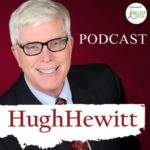