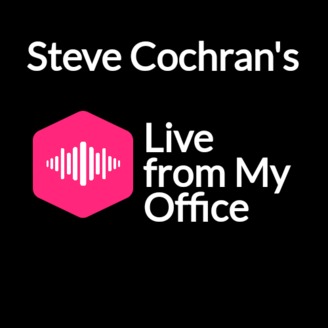 Former Chicago Police Superintendent, Garry McCarthy, joined the NYC Police Department at age 22. He worked his way up to Deputy Commissioner of Operations and got to the World Trade Center as the 2nd plane hit the South Tower. He was there when the Towers collapsed and lost many friends, but in our conversation he explains why he's glad he was there. On this episode he tells a very compelling story of that day and remembers some of the heroic first responders on 9/11.

SHOW NOTES
The Feal Good Foundation is named for its founder, John Feal, a U.S. Army veteran and retired construction worker. John was called to lead a team of demolition experts work the pile at Ground Zero. A steel beam fell on his foot resulting in injuries, surgeries, and big medical bills. He was denied coverage again and again. His experience led him to start the FealGood Foundation to help all emergency personnel who are injured doing their jobs in all areas of their needs.

Jon Stewart fought alongside Feal to get financial help and get the James Zadroga 9/11 Health and Compensation Act passed and reauthorized and hammered Congress to act, telling a poorly attended hearing…

“It’s an embarrassment to the country and it is a stain on this institution. You should be ashamed of yourselves, for those that aren’t here, but you won’t be."  He closed by saying, “They responded in five seconds. They did their jobs with courage, grace, tenacity, humility..
do yours.”

You can donate here.

Subscribe to Live From My Office on Apple Podcasts, Spotify, or wherever you get your podcasts.

Win an ABT gift card by emailing me three of your friends emails who you think would like the show, and include your mailing address in the email. Check out the details here.

Email the show with any questions, comments, or plugs for your favorite charity.

Brite is a digital weekend curriculum powered by Awana. Learn more about brite* and join the conversation in our Facebook community today!