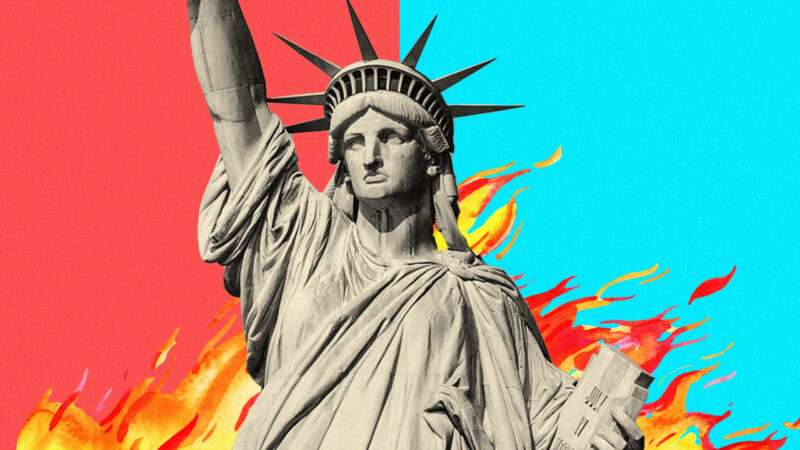 Where does Supreme Court legitimacy come from, and if it was lost, how does it get it back? Is the only cure to New Deal–era judicial activism yet more judicial activism today to rein in the Commerce Clause? Does this enhance its legitimacy because they are being faithful to the Constitution; or does that illegitimate the court because it upends the present order and is wildly unpopular?

“Once Again, the Firework Cops Failed To Stop People From Celebrating Freedom With a Boom,” by Christian Britschgi

“70 Percent of Republicans and Democrats Agree: The Other Side Are ‘Bullies,’” by Christian Britschgi

“Randy Barnett: Abortion, Guns, and the Future of the Supreme Court,” by Nick Gillespie

“Inside the Mises Caucus Takeover of the Libertarian Party,” by Zach Weissmueller, Nick Gillespie, and Danielle Thompson

“Confidence in U.S. Institutions Down; Average at New Low,” by Jeffrey M. Jones

“Spurred by the Supreme Court, a Nation Divides Along a Red-Blue Axis,” by Jonathan Weisman

The post Is America Heading for a National Divorce? appeared first on Reason.com.