On Monday’s Mark Levin Show, classified documents from Joe Biden during his vice presidency were found at the Penn Biden Center in Washington D.C. The FBI is involved with the inquiry, with 10 classified documents from Biden’s VP office at the center of the investigation. The presidential records acts requires all documents to be turned over to National Archives to keep information secure, which Biden clearly did not, but he won’t be raided and attacked like President Trump. There is no way in hell that presidents haven’t taken documents with them; Obama, Bush, Gore, Cheney all probably kept documents too. Also, the new House rules we’ve heard talked about on TV and radio were agreed to months ago, which is why the majority of the Freedom Caucus wasn’t going along with the other 20 Republicans protesting Kevin McCarthy. It wasn’t 20 patriots going up against 200, because most of the 200 already had what they needed. In reality it was some people using this to get more power, and some who just hate McCarthy. They simply couldn’t take out McCarthy with another candidate, so they went back to negotiating rules and demanding committees. Later, Stephen Miller speaks with Mark about the crisis on the southern border and the importance of impeaching Biden now before it gets worse. Finally, Greg Kelly joins Mark to discuss his new book Justice for All: How the Left is Wrong About Law Enforcement. https://www.amazon.com/Justice-All-Wrong-About-Enforcement/dp/1668002027/ref=sr_1_1?crid=3KT5PIIEAN2XN&keywords=greg+kelly&qid=1673312630&sprefix=%2Caps%2C95&sr=8-1 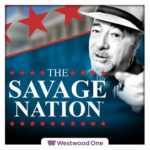