On Wednesday’s Mark Levin Show, the White House has no answers on the Diesel shortage because it’s this administration’s policies that caused these very problems. The Biden administration used the climate change lie to spend our economy into a recession. Now, none of the Democrats are running on climate change because they know it’s not a winning issue at the ballot box. Later, Alaska’s US Senate candidate Kelly Tshibaka calls in to discuss her quest to unseat 41-year incumbent Sen. Lisa Murkowski. Tshibaka mentioned that Sen. Minority Leader Mitch McConnell has worked extra hard to defend Murkowski and stop her campaign because Tshibaka is an unabashed conservative. Afterward, Former Nevada Attorney General Adam Laxalt calls in to discuss his campaign for the US Senate. Laxalt noted that the Democrats have spent a record-breaking $90 million to defeat him this far and has vowed to keep pushing until the end, especially since he’s ahead in the latest polls. 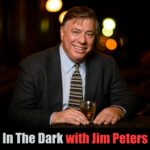