On Wednesday’s Mark Levin Show, Kyle Rittenhouse should have never been charged with murder of any kind. When charging someone with murder a prosecutor should move slowly and carefully; Rittenhouse was charged with homicide within 36-48 hours. This was clearly self-defense but the media wants to villainize him. If Rittenhouse would not have defended himself while being attacked he might be dead. The prosecution’s actions bordered on contempt and earned a scolding from the judge. Prosecutors ridiculed Rittenhouse for exercising his fifth amendment right immediately following his arrest and trying to taint the jury with unrelated comments that the judge had precluded from the case. Then, there is a problem with justice in America and just as we saw it with Donald Trump, we’re seeing it with Kyle Rittenhouse. The Congressional committee entirely selected by Nancy Pelosi and their lawyers and judges saying that President Biden is best equipped to assert executive privilege over documents from the Trump Administration is a political consideration that does not follow the Constitution. One could argue that Trump is the likely 2024 front-runner and that this judicial maneuver is one more way to try and thwart his candidacy. Later, the radical Marxist infrastructure bill is code for a fundamental transformation of our economy focused on the degrowth movement disguised as the Green New Deal. A movement that has become anti-car would move America toward economic dislocation. These anti-capitalist theories based on abstractions would be disastrous to society. Meanwhile, Biden says he fixed the supply chain months ago and he did, but he fixed them for the drug cartels. Afterward, Aaron Rodgers is not invading the border, violating the separation of powers, or spending taxpayer dollars like a drunken Marxist, so the media needs to lay off. Perhaps the media should look at all the damage being caused by the racialized Marxist teachings in our classrooms. Fauci, Biden, Pelosi, and Schumer lie for a living and the media does nothing about it. 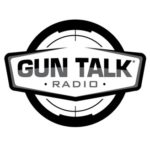