On Thursday’s Mark Levin Show, the American Marxist doesn’t celebrate Veterans Day or even America for that matter. Defunding the military budget, and supporting the damage caused by the Democrat Party does not support the sacrifice that these men and women invested in our country. This program thanks all veterans and stands with them every single day. Then, in typical reprobate fashion, Joe Scarborough attacked the judge in the Kyle Rittenhouse case for chastising the rogue prosecutor after he impinged on Rittenhouse’s Constitutional rights. Mob rule pushed the media and the prosecution to rush these charges instead of gathering the facts and witnesses. Now the prosecution is angling for a mistrial since their star-witness blew it. This is the problem with mob rule. Later, the media is so thoroughly corrupt when they push an agenda instead of the truth. Professor Richard Weaver saw it coming, and highlighted the media’s use of targeted personal attacks and mischaracterizations because there is no context. This is how the Marxist egalitarian society advances its pseudo-events and propaganda. Also, there is a long history of violent attacks at the U.S. Capitol. On January 6th, no members of Congress were shot, no bombs were tossed, and the media still call this an insurrection just so they can blame Trump. Now their committee is trying to subpoena more former Trump staffers in the name of an “insurrection.” Finally, author Bill O’Reilly calls in to highlight the importance of his upcoming tour with former President Trump, reflecting on historical importance matters. 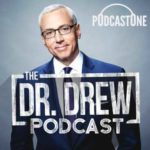