On Monday’s Mark Levin Show, what is success in Afghanistan? President Biden and his handlers will want you to think this was a tremendous success when in reality it is a complete and utter disaster. How many American citizens have been killed or taken hostage in the last three weeks? We don’t know because no one in our media has asked and no one in our government has answered (except for the 13 U.S service members we know of). Yet asking such questions will get you accused of attacking the military by the Democrats. There are no more U.S media in Afghanistan and no one is going to report when the Taliban tortures women, dismembers people, and their screams will not be heard, because according to the democrats it’s not our problem, and every American that wanted to get out was offered a chance to leave. Then, Biden’s poor decision-making will get more people killed. This Administration doesn’t have a clue as to how many Americans are really left behind in Afghanistan. The more they lie and propagandize the more our enemies see it and the less prepared America is to respond to what awaits. The Taliban is being treated as they weren’t the same people that released thousands of ISIS-K terrorists from the jail at Bagram airbase. Later, there is an isolationist movement within the Republican Party, mainly because the U.S has never been hit from Kansas. The enemy is primarily abroad, which is why Afghans need to prove that they assisted the U.S in war before they are let into the U.S as refugees. 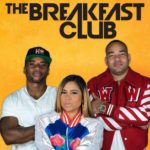