A new study has some good news for the lingering question about how long immunity lasts after being vaccinated. The mRNA vaccines made by Pfizer and Moderna set off a persistent immune reaction in the body that could protect against the virus for years. The study suggests the most people immunized with mRNA vaccines might not need booster shots, unless the virus and variants evolve too much. Apoorva Mandavilli, reporter at the NY Times, joins us for more.

Next, U.S. forces in Syria came under rocket fire a day after the U.S. launched airstrikes against militias backed by Iran in Iraq and Syria. The U.S. airstrike was described as a defensive attack after seeing an uptick in drone strikes from the militias. These new Iranian-made drones can be capable of evading U.S. surveillance and defenses. Courtney Kube, national security correspondent at NBC News, joins us for the latest military actions in the area.

Finally, we are seeing people leave unemployment rolls faster in states that have cancelled enhanced unemployment benefits than in those keeping them in place. Businesses are still having a tough time attracting workers and keeping them from quitting, and many suspected that workers were still reluctant to go back into the workforce because of these extra benefits. Eric Morath, labor and economics reporter at the WSJ, joins us for how people are looking for jobs now that unemployment benefits are ending. 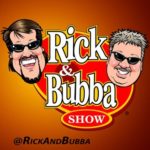 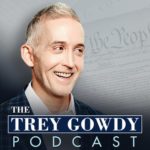