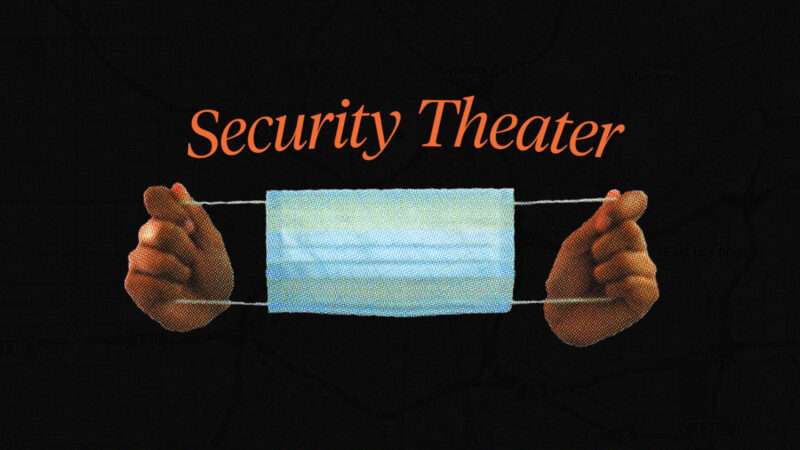 In this week’s The Reason Roundtable, Katherine Mangu-Ward returns alongside editors Peter Suderman, Nick Gillespie, and Matt Welch as they contemplate recent murmurs on the reinstatement of certain COVID-19 restrictions, as well as the general failures of the FDA.

Bryan Caplan recently shared an old Salon article on Twitter, titled “Libertarians’ scary new star: Meet Bryan Caplan, the right’s next ‘great’ philosopher,” worrying that he was going to become too influential. Being a Salon piece, it was pretty awful, but one part in particular stuck out to me. “For most of its post-1945 history, libertarianism has lacked thinkers of its own, and its intellectual deficit frequently has been filled by government-hating businessmen with third-rate minds like Peter Thiel, the fatuous crackpot who founded PayPal, and the appallingly dumb Leonard Read.” As a libertarian who has done a fair amount of reading on the topics of liberty and capitalism, I was appalled at the ignorance, willful or not, of the writer, and it got me wondering: Who would the esteemed panel members cite as the most influential (or their favorite) post-war libertarian thinkers?

40:42: Lightning round highlights from this year’s FreedomFest in Las Vegas.

“Abolish the FDA,” by Katherine Mangu-Ward

“An Epidemic of Meddling,” by Jacob Sullum

“Why Do So Few American Women Use IUDs?” by Liz Wolfe