This week on the Mark Levin Show, classified documents from Joe Biden during his vice presidency were found at the Penn Biden Center in Washington D.C. The FBI is involved with the inquiry, with 10 classified documents from Biden’s VP office at the center of the investigation. The presidential records acts requires all documents to be turned over to National Archives to keep information secure, which Biden clearly did not, but he won’t be raided and attacked like President Trump. There is no way in hell that presidents haven’t taken documents with them; Obama, Bush, Gore, Cheney all probably kept documents too. U.S intelligence memos and briefing materials related to Ukraine, Iran, and UK were found in Biden’s office, and the democrat media mouthpieces have already received their talking points from the White House to cover it up. This is a battle between liberty and tyranny, and the democrats and their media mouthpieces have made it clear in their treatment of Biden that they support tyranny. AG Merrick Garland hasn’t had a press event about this yet, and has covered it up since before the midterm elections and beyond. Biden has had these documents since between 2013 and 2016, documents he took while he was vice president, and this information has not been reviewed by a special council or independent authority. Even now the treatment of Biden is completely opposite of how Donald Trump was; the unconstitutional treatment of Trump is being exposed by how lightly Biden is being handled now. A second batch of classified documents were found by President Biden aides in a second location separate from Biden’s Washington office according to a leak to NBC News. A special council was appointed to investigate President Trump in November while at the same time AG Garland was aware of Biden’s missing classified documents. They kept Biden’s documents a secret and covered it up through the Midterm election and beyond as they continued to pursue Trump. While they’re pointing the finger at Trump, they should be pointing at themselves, and the media and all past presidents and vice presidents know it. Also, we have a handful of individuals who are trying to re-write the definition of conservatism and its role in national defense, playing the role of a new Aristotle. This isolationist movement existed prior to World War 2, which caused us to not be ready when Japan attacked us at Pearl Harbor because our military and our training was not adequate. The isolationist crowd was dead wrong to ignore the facts then just as it is now. Communist China now is a nation preparing for war with technology they’ve stolen from us, with a serious navy and air force. China is consuming Hong Kong and Taiwan while setting up military bases within striking distance of America. To ignore what Xi is saying and what China is doing is insane. President Donald Trump joins Mark to talk about the soft treatment President Biden is getting for committing actual crimes and mishandling classified documents. 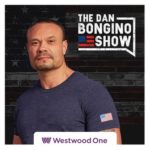