On the Best of Levin, it’s amazing how our government doesn’t work. They impeached Trump twice with no high crimes or misdemeanors, and with the help of collaborators within the establishment tried to eliminate Trump from Washington. These same bureaucrats, and the Biden family, have played nice with China while mortgaging the future of American Citizens and they’ve never been investigated for it. Then, these problems are perpetuated by the rejection of the Reverend Dr. Martin Luther King’s idea of a color-blind society from the Marxists that promote critical race theory and MSNBC hosts smear and trash White people and this country’s founding. Attorney David Schoen, who defended President Trump in his impeachment calls in to discuss the charges against his current client Steve Bannon. Schoen says that Bannon is being treated very differently from many others charged similarly. There’s no reason for the price of fuel to be going up. But, President Biden is now saying that fuel companies need to be investigated for price gouging. This kind of demagoguery works because Americans have been conditioned to hate the oil companies. Even though Biden canceled the Keystone pipeline and stopped drilling in Anwar. 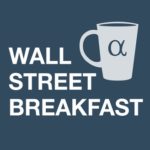