No, not the basketball team the Washington Bullets, we are talking about shots fired on the streets of Washington, D.C. that sent fans at the Washington Nationals game into a panic and causing the game to be suspended. This is Joe Biden’s America, ladies and gentlemen. Bernie and Sid return from the weekend fired up about a bunch of things such as Big Tech working with the Biden Administration to censor what they deem misinformation, the fake news ignoring Cuban protests, Los Angeles reinstates mask mandate, the Texas democrats who fled the state to avoid doing their jobs test positive of the Delta variant, and hate crimes on the rise in Brooklyn and Eric Adams is nowhere to be found. Editor of National Review Rich Lowry stops by to get the guys caught up on what they missed politically over the weekend.  Dr. Nicole Saphier joins the program for the latest on the vaccine programs. Reporter Kimberly Kravitz talks with the guys about businesses struggling to hire workers in New Jersey. 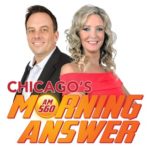