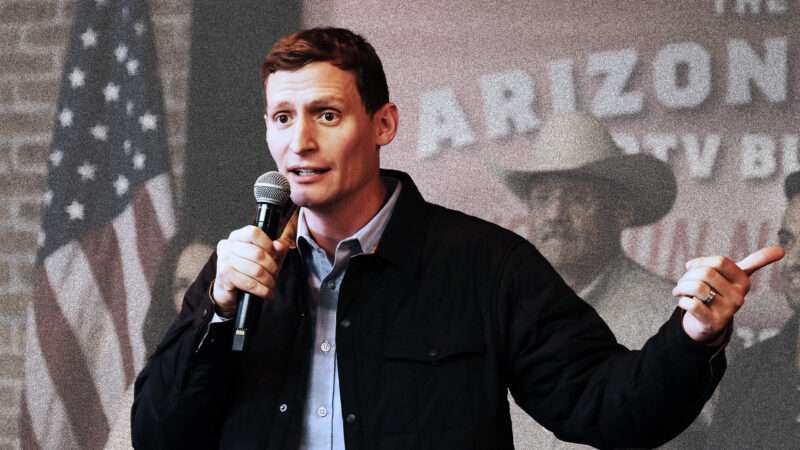 In this week’s The Reason Roundtable, editors Matt Welch, Peter Suderman, Katherine Mangu-Ward and Nick Gillespie survey the political landscape ahead of the midterm elections.

“How small, of all that human hearts endure,

That part which laws or kings can cause or cure.

Still to ourselves in every place consign’d,

Our own felicity we make or find:” ― Samuel Johnson

My pithy query is this: do you think candidates would attract the 8-15% of independents by refreshingly stating their actions in office will have little to no effect on individualized happiness? For example, Democrats and Republicans have squabbled over tax cuts—a somewhat nominal 39.6 to 37% for the top rate, while Federal spending on every single mandatory and discretionary program has remained relatively unscathed, but the tax cuts are held up as an Us vs. Them when discussing policy. Will cynicism ever prevail?! Are there any real-life Bulworth examples? Thank you!

“Morris P. Fiorina: Why ‘Electoral Chaos’ Is Here To Stay” by Nick Gillespie

“Still Fab: Why we keep listening to the Beatles” by Charles Paul Freund

“Long and Whining Road: The Beatles, the boomers, and boredom” by Nick Gillespie

“Has the Libertarian Moment finally arrived?” by Robert Draper