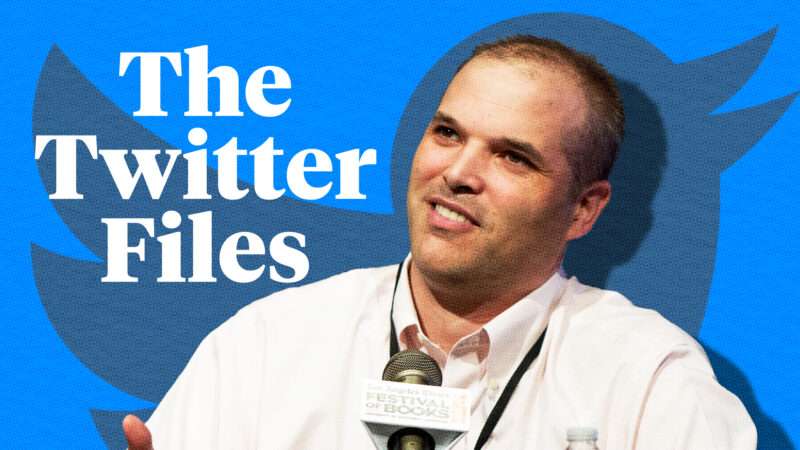 In this week’s The Reason Roundtable, editors Matt Welch, Katherine Mangu-Ward, Peter Suderman, and Nick Gillespie dig into the release of the Twitter Files by journalist Matt Taibbi and CEO Elon Musk.

Here in my hometown of NYC (where apparently the carpetbagger Gillespie has chosen to make his home), just earlier today, the Adams administration stated its intention to increase involuntary hospitalizations for homeless individuals suffering from severe mental illness. Essentially, they are seeking to expand the interpretation of the legal standard from hospitalizing those who are likely to cause “serious harm” to themselves or others to those “whose mental illness prevents them from meeting their basic survival needs of food, clothing, shelter, or medical care.” Notwithstanding the legitimate concerns over “the state” and “involuntary hospitalizations” appearing in the same sentence, or nightmare scenarios about who may be labeled “unable to meet their basic needs” (perhaps someone consuming a large soda?), would the Roundtable care to weigh in on where the line may be here? At what point, if ever, should the state involuntarily hospitalize and/or medicate someone to protect themselves or those around them?

The post What Twitter’s Suppression of the Hunter Biden Laptop Story Tells Us About the Media appeared first on Reason.com.