Hugh Hewitt talks with Arkansas Senator Tom Cotton about the possibility that COVID-19 originated in a Chinese laboratory in Wuhan and that Senator Cotton posited that possibility over a year ago.

Mike Gallagher talks with Yuma, Arizona Sheriff Leon Wilmot about the problems his department is facing in dealing with the border crisis in his area.

Joe Piscopo talks with former Secretary of State Mike Pompeo about the disturbing rise of anti-Semitism in the United States and other countries.

Mike Gallagher talks with Dov Hikind, of the New York State Assembly, about his frustration with the Democrat’s resistance to calling out anti-Semitism.

Dennis Prager reads from a piece out of the City Journal by Christopher Rufo about schools in Portland, Oregon adopting critical race theory.

Hugh Hewitt looks back at the historical importance of Watergate and the events that led to the resignation of President Richard Nixon. 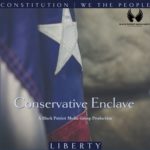