CONK! News, the web’s premiere conservative news aggregator at conk.com , announces their return to live internet radio broadcasting on a daily basis when their current show on BlogTalkRadio.com, “CONK! Happy Hour“, expands from Wednesday afternoons to four afternoons a week, with the archives of those shows doubling as podcasts posted the following day.

“In 2021 we started doing daily podcasts, but eventually found that that pace was too much for our small staff to handle,” said Jim Peters, CONK! News Editor-in-Chief. “But as the year went on we kind of found our groove, and we think we can make a go of it this time.”

The new “CONK! Happy Hour” will be broadcast live Mondays through Wednesdays at 5 PM Eastern / 2 PM Pacific at https://www.blogtalkradio.com/conknews . Listeners can join in on the discussion via the call-in line at 516-418-5472. The shows are a minimum of an hour long, but will be extended to up to two hours depending on the volume of callers. CONK! News Editor-in-Chief Jim Peters hosts most installments.

Recordings of the afternoon “CONK! Happy Hour” are re-broadcast on BlogTalkRadio later that evening at 10 PM Eastern / 7 PM Pacific. The Thursday show is a broadcast of CONK!’s “CONK! Weekend” podcast, taped earlier that afternoon. Since that is a pre-taped show, calls are not taken for that installment – although listeners can leave a voicemail at https://conk.com/voicemail, which might be played during future episodes. The “Happy Hour” broadcasts also are re-packaged the next day as podcasts, under the name “CONK! After Hours“. They are available at conk.com, Apple Podcasts, Spotify, via the Spreaker app, and through all major podcast platforms.

CONK! News has received positive attention from both the podcasting community and the radio industry for their flagship “CONK! Weekend” podcast, a one-hour conservative panel discussion on the week’s news that is not particularly reverent and takes no prisoners. “We’re very proud of both the attention and the listenership the weekend show has received – especially in such a relatively short period of time,” Peters said. “Our goal was to show that conservative commentary can definitely be delivered with a sense of humor – and it appears we’ve succeeded.” Peters hosts that podcast, and it features as regular panelists CONK! “fulfillment journalist” Hank Reardon and CONK! News Contributor (and longtime executive editor of Hustler Magazine) Tim Conaway, with regular guest panelists also joining in. The Spreaker podcast hosting platform recently informed CONK! News that “CONK! Weekend” had exceeded 1,000 downloads, in less than nine months time.

Launched in March 2021, CONK! News at conk.com has already become the premiere conservative news aggregator on the web. Every three hours CONK! grabs headlines and videos from over 200 different news sources. In addition, CONK! News features blog posts by its own contributors and produces its own daily podcasts. 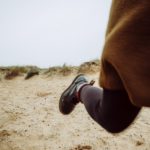 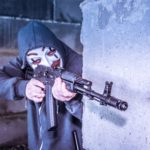